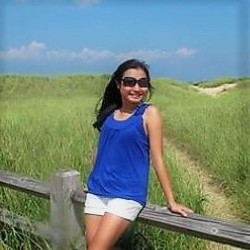 Latest posts by Candyce (see all)

The City of York is one of England’s finest and most beautiful historic cities. At the same time, York is said to be one of the world’s most haunted cities.  👻👻👻

☑️York has many interesting things to see and do.😍😍😍

Here are 13 COOL, FUN and CRAZY THINGS TO DO around York!🏰🏯⛲️ With over 500 ghost sightings reported, do go on a GHOST WALK which bring us along narrow passageways and dark streets.🙀🙀🙀

We had an hour full of spooky ghost stories as we all walked round the city of York!🎃🎃🎃

We enjoyed the lively Ghost Tour, it was both informative and entertaining and at the same time a little scary. It is more on the theatrical side which makes it really fun.👿👿👿

I was so immersed with the stories that I could not sleep that night.🤧🤧🤧

⚠️There’s a lot of ghost tours in York but we recommend this- The Original Ghost Walk.😵😵😵

Time of tour: 8pm every night

Golden Fleece is claimed to be the Most haunted pub in York. This ancient building is known for paranormal haunting.😱😱😱

There are guesthouse above the pub but some guests have eerie encounters.They have  reported seeing the late Lady Peckett and other resident spirits wandering the endless corridors and staircases and hearing furniture movement.😬😬😬

Just by hearing these stories freak us out… That’s why we are taking a photo across the street.☠️☠️☠️ Other than being the most haunted city, York’s rested on the chocolate industry. It came as a surprise to me that York has a long history of chocolate making with all the famous names of Kit Kat, Polo and Smarties.🍪🍩🍭 ✅A fully guided tour and engaging where we move from one room to another.🍬🍬🍬

In this interactive tour, we get to eat chocolates, learn about chocolates and also make our own chocolate lollipop.🍭🍭🍭

⚠️I would strongly recommend everyone to visit York’s Chocolate Story! Chocolates just cheer me up and makes me HAPPY!😋😋😋

Open daily from 10am

York was a hub for rail travel in the 19th century and National Railway Museum has the world’s largest collection of historic trains. It has over 1Millions objects with over 300 years of railway history.🚅🚈🚂 It is also the greatest railway museum in the world. This is a MUST visit museum and is suitable for all ages.👩‍👩‍👧‍👧👨‍👨‍👦‍👦

⚠️What’s best is that admission is free. SO what are you waiting for?🎟🎟🎟 Go on a Tour around York Brewery to learn about the different types of ales and the ingredients used. It is a working brewery where they produce high standard fine handcrafted Real Ales. It is a small brewery but the tour is very informative.  🍺🍺🍺 It was interesting to see the process of brewing and to understand how the beer is made. After the guided tour, guests will be able to try the different types of beer.🍻🍻🍻

⚠️If you like your beer, this is a great place to visit!🍷🥂🥃

This is a historic landmark at the top of the grass field. Clifford tower is York’s iconic ancient monument with more than one thousand years of history. This is the first castle in York built by William the Conqueror and his soldiers.👨‍🚒👨‍🚒👨‍🚒 This is the largest and most visible survival of the medieval castle of York. This present stone tower was probably used as a treasury and later as a prison.😵😵😵 ‼️Clifford Tower is the largest remaining part of York Castle.From the top of Clifford tower overlook the city of York, this is the best view to see the city.😁😁😁

York Minster is one of the world’s largest cathedrals and took 250 years to build!😳😳😳

Interesting fact- it is one of only two churches in the world with its own police force. It has more than 2,000 years of history. It is also known for One of the world’s most magnificent cathedrals with medieval stained glass and stone masterpieces together with strong foundations rooted in the nation’s earliest history.😄😄😄

✅For those that would like to see from the top view, you can choose to go up to the tower too.

Opening hours- 9am to 5pm This morning, we took the York boat along York river to enjoy the lovely scenery from the upper deck of the cruise. While cruising, the captain provides informative and humorous commentary for the passenger on board. It is just so amazing that the caption can navigate and speak at the same time.⛴⛴⛴ It is a pleasant 45 minutes boat ride and we can see the City of York from a different perspective. 😄😄😄

✅I would recommend this ride if you would like a rest from all the walking. York Castle Museum used to be a prison. This site is also a former York castle. In this museum, there are many exhibition from the York Castle Prison to hands-on activities and galleries.😋😋😋 This used to be former prison but it has been revamped to fashion galleries. It is just so vibrant and bright. We can’t even tell that we are in the prison!😬😬😬

✅There are many exhibitions and make sure you spent some time looking at the different exhibitions.

For us, due to the lack of time, we didn’t have time to complete the exhibition.😕😕😕 While exploring the City, we chanced upon Jorvik Viking Centre and since we are here, we decided to just go in and see see look look… This place is build by the York Archaeological Trust.😄😄😄 There are many artifacts and costumes to try and explore.📐📏🖋

⚠️York was captured by the Vikings and called Jorvik. This is a visitor centre to understand more about the history and how the city was like under the Viking. Do drop by if you have some extra time in York!😋😋😋

⚠️This street, the Shambles was once home to butchers shops. This Shambles is one the oldest shopping street in Europe.👜💼🎒👝

The street is pretty narrow that the houses are really close to each other.

✅A very interesting shopping street to do some shopping or window shopping and You should not to miss when you are in York! A Roman Bath House in York

It is very amazing to have the small museum being around 15 feet below ground and is accessed through the Roman Bath pub. I was impressed that there is already steam bath and hot bath in the 18th Century!🤷🏼‍♀️🤷🏼‍♀️🤷🏼‍♀️ Merchant Adventurers’ Hall is constructed in 1357 and designated as a world heritage site on 14 June 1954.😄😄😄

This is also one of the Best Preserved Medieval Guildhalls in Europe.😵😵😵

⚠️Don’t miss out on this historical site when you travel to York!

Why are we sleeping on a cemetery?

😱 I was shocked awake and his screaming continue. I shivered in fear while recalling the ghost tour’s stories told that evening. I kept praying to myself:

It’s okay, Candyce. Everything will be alright, just go to sleep.

Then I finally forced myself to sleep while having a strong urge to punch this stupid TowkayNew! 😤

Make York one of the places to visit when you are in England! Despite being the most haunted city, it is also the liveliest and safest city!😃😃😃

There are many attractions and things to do in York!😋😋😋

In order to get the most of your trip to York, I strongly recommend getting a York Pass (like London Pass) that saves you time and money.🤑🤑🤑

✅Best thing is that you pay one price for over 30 attractions!

⚠️You can also spend a short weekend getaway of 2 days to York! It is a very different city from the other parts of England!🤗🤗🤗 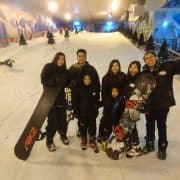 8 tips for Snowboarding at SportQuest 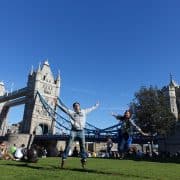 What to Expect on KLM Short Haul Flight (SIN – BALI) 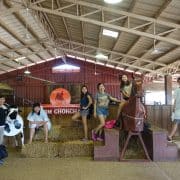 Bored of Bangkok? Make Khao Yai your next travel destination.

7 tips for Skydiving at Sydney Wollongong
Scroll to top