From Eldhraun Lava Field, we proceed towards east for our glacier hiking tour at 10am. Along the way, we saw another waterfall that look quite nice but ain’t nobody got time for this! Skipped this waterfall and focus on our ultimate destination Skaftafell National Park. Skaftafell is part of Vatnajökull National Park and Vatnajökull is the largest glacier of whole Europe. The glacier mass is so huge that it is around 8200 sq km and that is more than 10 times of Singapore! Since Singapore is little red dot, then Vatnajökull is one big white dot sia! Truth is it is actually Skeiðará Bridge Monument which consist of 2 twisted girders that is all remain after 1996 volcano eruption in Vatnajökull. The eruption created a huge glacier flood which sent house-sized icebergs to flow down and destroyed the bridge. This monument signifies the power of nature and how vulnerable humans can be. Been overdosed with too many waterfall sights in the previous day, we decided to take this 3 hour glacier hike tour from Viator. There are several departure times and we had chosen the 10am slot so that we have enough time to go to Jökulsárlón Glacier Lagoon before our long drive towards northwest of Iceland.

From Skaftafell National Park, we took a short 15-minute bus ride to Falljökull area where we set off towards the glacier. We needed to walk across the green plain showered with red flowers in order to get the valley where we will ascend the glacier.

The path was very easy to walk on. It is like a brisk in the park! 😚😚😚

Woohoo, we are getting closer to the glacier! 😍😍😍 After around 10mins walk past the greenery, we finally reached the valley. Over here, the guide gave us a brief history on this place and information about the glacier which I have forgotten everything! LOL, as usual! But one important point that I remember clearly is that the area that Candyce was pointing in the above photo is used to be covered with glacier too. But due to global warming, the ice melted and the mass of the glaciers are slowly reducing!

Global Warming is real! Wake up Everyone! After crossing the river and across a small rocky hill, the guide told us that we have reached the foot of the glacier. But I was wondering:

Where is the glacier? I see no white ice? 😱

However, to my surprise, the greyish area was actually the mighty glacier! It was just been mildly covered by a thin layer of brown soil. I still didn’t really believed that it was glacier until I grabbed my ice axe and started digging for the truth! LOL! 😂😂😂

At the foot of the glacier, we put on our crampons which sounds really like tampons to me! With all the equipments ready, we were all set for out glacier ascend!

Before we ascended, we striked a pose again! This time, we realised the colors of our jackets resembled one of our favourite childhood memories!

I am pretty sure from now on, you will look at us in a different way! LOL! 😂😂😂 We were now officially on top of the glacier! Woohoo, thanks to the crampons, we were not slipping down! 😋😋😋 Our guide gave us a quick crash course on how to use our equipments especially walking on glacier with our crampons! Found a moulin! Although it looked small, it was actually quite deep, so Candyce stopped me from advancing forward because I am really dangerously clumsy! LOL! 😂

Over here, you do not have to worry about drinking water! You get to drink fresh ice mountain mineral water! So do remember to bring a empty bottle for this trip yeah! 😉😉😉 Knew that I am up for any challenge, the guide teach me a special hidden technique to drink the ice water in a cool way! 😂😂😂 Such a nice cool weather with the gentle sun, this was quite an easy trek yeah! 😍 We found moss again which also took hundreds of years to grow. It really looked like the moss in Eldhraun Lava Field but dun really know whether they are the same. But well, same same but different! 😅😅😅 The trek was making us hungry! Not sure whether this moss were tasty or not? 😂😂😂 Posing with the huge glacier, the mighty mother nature! Turning behind, the view was equally spendid! More poses! We were still not the worst! Since this was a family friendly tour, there were a group of seniors which were basically taking photos at every 10 steps! The guide really had a hard time leading this bunch of photo whores! LOL! 😂😂😂 Candyce said I looked like squatting on a toilet bowl but indeed, I was quite urgent at that time! That is because the kiasu me drank too much free ice mineral water! 😂😂😂 Candyce showed me how I can pose in a cool way! 😂😂😂 When we returned back to Skaftafell National Park, we were so freaking hungry that we couldn’t care less and ordered a fish & chips! It was quite yummy as they used haddock which have the same taste and texture as cod fish!

But after filling up our hungry stomach, I started to feel piercing pain in my heart! LOL, because this fish & chip costed around SGD30! 😱😱😱 It is so expensive to travel in Iceland! 😅😅😅

I strongly recommend to go for glacier hike if you are in Iceland. If you have more travelling time, instead of the 3 hours short hike, it will be better to go for the 5 hours hike where you can ascend higher and see even more crystal clear glacier plus you have higher chance to avoid the photowhore seniors. 😆😆😆 You can find here for more tours at Skaftafell.

Check out my next post where we explore further around this region for Jökulsárlón Glacier Lagoon and Diamond Beach. 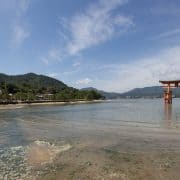 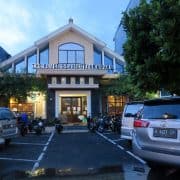 Day Trip to Ubud in Bali 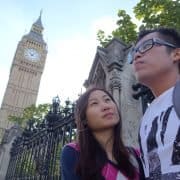