Ever imagined that you could snowboard in sunny Singapore? For those who have never even seen snow before, this is probably the closest you’ll ever get. Tucked away in Singapore Science Center is Snow City and within which lies an academy called SportQuest that provides ski and snowboarding lessons for beginners. Their main sales pitch is to prepare you adequately for your next winter holiday so that you don’t have to waste time inside the learner’s area at the mountains. Since ski passes are pretty expensive, why not learn the basics in Singapore first so that you can hit the slopes immediately when you are on your real winter holiday? 😉 To find out more about SportQuest, you can view their website here.

Tip #1 – Be on the lookout for Groupon deals for SportQuest

SportQuest has been on Groupon since 2011 (based on my limited desk research). Our dear Candyce bought the Groupon deal for us so we paid $37.50 per pax for 2 hours of freestyle fun. Despite having no prior snowboarding experience (only cable ski/wakeboarding/skiing), we were feeling adventurous and wanted to try learning on our own. Nothing like a Wikihow on how to snowboard. You may also choose to purchase a one hour lesson instead. It really depends on what promotion they run the next time round so keep a lookout for it!

Tip #2 – Bring your own gloves and pants

There is a lot of gear and equipment involved when it comes to snowboarding. For the most part, you will feel like a big fat blob lumbering around. Just look at Candyce 😝😝 In addition to the $37.50, there are other charges like $10 for equipment, i.e. boots and ski/snowboard inclusive, $5 for ski poles, $4 for gloves and $4 for ski pants. To be honest, I think ski poles are highly unnecessary if you are a beginner and any random gloves and track pants (preferably waterproof as your butt will say hi to the ice quite a lot) will suffice so you can effectively save yourself $13. Thankfully, they had plenty of jacket sizes to choose from and the jackets were provided for FREE. Their jackets are pretty well insulated so your body will not feel cold that easily. It gets pretty cold in the arena, especially when you get ice all over you. Just look at how New’s spectacles fogged up when he exited the arena. So if you don’t want to spend most of your time shivering, it will be a good idea to wear slightly thicker clothing. A woolen scarf will definitely be overdoing it and might even pose a hazard. Having said that, if you usually generate a lot of body heat when exerting yourself, then perhaps just a normal tee will suffice.

Tip #4 – Don’t jio too many friends for this activity There were only 7 of us occupying the whole place and I thought that was pretty optimum. Any more than 10 pax and it will feel pretty overcrowded. Furthermore, there is only ONE ski slope so everyone will have to wait your turn. I think the slope can accommodate two people going down at best. Can’t really imagine three people going down simultaneously without posing any danger. Apart from skiing and snowboarding, they also have rubber tires for you to sit your butt in and slide down. As we had minimal success trying to snowboard on our own, this was a popular option among the kids and adults alike. You can even hold your friend’s hand and slide down TOGETHER!! That was pretty fun woohoo~~ Of course, not everything goes according to plan most of the time. LOL!!

It was so cold inside that my iPhone shutdown on its own. Assuming your phone is better able to withstand the cold, touchscreen gloves will come in handy so that you can snap away and record all those moments your friends tumble down muahahahaha 😝

Tip #6 – Don’t leave your phone/camera in the locker

Lockers are provided and if my memory doesn’t fail me, it costs $2 to open and close the locker ONCE. So make sure you take out your phone/camera at the start. Actually once you go in, you will be too lazy to go out to get your stuff again so best to grab everything you need right from the get-go.

As with most activities, it is our fear of failing/falling that stops us from achieving mastery. Since you will be falling on moderately soft snow, just give it all you’ve got and GO FOR IT!!! Trust the person who has fallen down in EPIC fashion when trying to surf at Wavehouse. You can view the EPIC gif here. Ok to be honest, some parts are pretty icy so that can be a little painful lol. But better than suffering cuts and scratches against the cement floor, right? Anyway, we spent most of our time sliding down in unorthodox fashion but WHO CARES!!

Tip #8 – If you have tried skiing or snowboarding before, don’t bother Their mini ski slope pales in comparison to the real thing. Might as well save the money for your winter holiday fund instead! Having said that, I think KIDS experiencing snow for the first time will absolutely love this place 😁😁😁 Before I forget! There is also a cool ice cream UFO machine outside. This came in really handy after one of the kid’s face got smashed by the locker door and she started crying profusely. At first I thought SIAO LIAO but Candyce knew exactly how to remedy the situation – WITH ICE CREAM 🍦🍦🍦 All in all, it was a pretty fun experience. 2 hours is more than enough as you will get damn shag from carrying your skis/snowboard up the slope (no ski lift provided). It was also my first time babysitting the two terrors who couldn’t stop talking and bouncing around 😂 Could tell that they had a great time though. They were screaming and shouting happily throughout!

Well.. now that the NOTCHBAD crew is ready for our winter trip at the end of this year (either Niseko or Hakuba), WATCH THIS SPACE!!! 😏😏😏 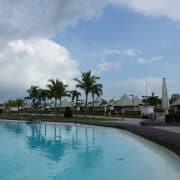 Natra Bintan aka The Canopi – A fun getaway for everyone! 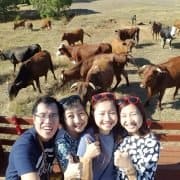 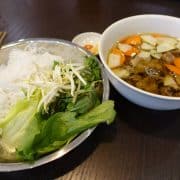 Bun Cha @ Uncle Ho Tuckshop • Obama had it in Hanoi, You should try it too! 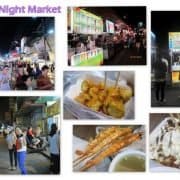 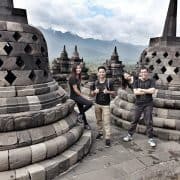 How to remove fog inside camera lens?
Scroll to top